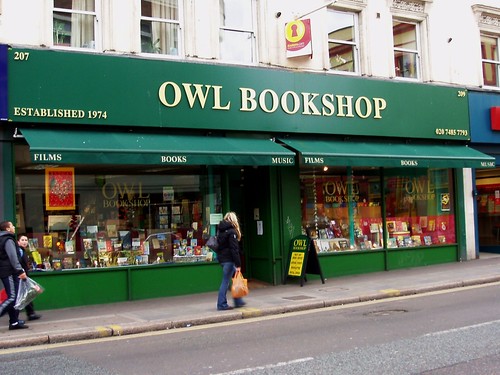 One of the best qualities you could instill in your children while they’re still young is the love for reading. Reading is not only fun and engaging, but it also ensures that your child grows up to be imaginative, well-informed, creative, and a great decision-maker. There are countless children’s’ books out there that are worth reading. However, some books have a timeless appeal and always stick with us. Listed below are 5 remarkable novels that will leave a lasting impression on your child.

Harry Potter Series – J.K Rowling
Truly, no list of great books for children would be complete without the Harry Potter series in it. An incredible 7-book series written by author J.K.Rowling, the Harry Potter series is definitely one of the most popular books ever written. As of 2011, the book series sold roughly 400 to 450 million copies, making the Harry Potter series the best-selling and fastest-selling books in history. Translated into 67 languages, the books revolve around the life and adventures of a young wizard, Happy Potter, and his best friends Ronald Weasley and Hermione Granger. The story weaves you into the magical world of Harry as he goes about on his quest to overcome the Dark Wizard, Lord Voldemort. Packed with fantasy, suspense, romance, and lots of excitement, every child out there needs to read the Harry Potter series.

Oliver Twist – Charles Dickens
A story depicting London during the 1800’s, Oliver Twist is a beautiful novel written by Charles Dickens, one of the best authors England has ever produced. Though the book is not as widely-read as compared to the Harry Potter series, it surely has Dickens vivid storytelling and his impeccable literary skills. The novel played a huge role in bringing to light the atrocities faced by orphans and paupers during Dickens’s time, making the novel an important part of social history. It is the story of Oliver Twist, a young orphan, who after enduring a miserable life in a workhouse, escapes to London, where his innocence gets him involved with a burgling gang. The book goes on to expose various contemporary evils such as child labor, recruitment of children as criminals, and the cruel treatment of orphans during the Victorian times. Overall, this novel is a timeless, brilliant work of art, which definitely makes it a must-read.

Horton Hears a Who! – Dr.Seuss
Horton Hears a Who! is a heart-warming children’s book written by Theodor Seuss Geisel, under the name Dr.Seuss. The book was published in 1954 by Random House, and was the second book by Dr. Seuss to feature Horton the Elephant (the first being Horton Hatches the Egg). The story is basically about Horton, who while splashing around a pool in the jungle, hears a voice coming out from a small speck of dust. He concludes that there is a super-tiny person living in the speck and places it on a clover, to protect it. As the story develops, Horton goes on to discover that it’s not a person, but an entire different universe that resides inside the speck! It is home to an entire community called Whoville, where microscopic creatures called the Whos live. It is a brilliant story about Horton trying to communicate with them and trying to prove to other animals in the jungle that there’s indeed a universe inside that speck.

Goodnight Mister Tom – Michelle Magorian
Written by English author Michelle Magorian, Goodnight Mister Tom is yet another gratifying children’s novel, which is certainly a must-read. Winner of the IRA Children’s Book Award, 1982, the novel is set in rural England, with London poised on the brink of WWII. It features Willy Beech, a scrawny little boy who is abused at home and is later evacuated to the English countryside during the Battle of Britain. He is taken care of by Mister Tom, a gruff and kindly old man, who makes William experience a new life full of love and care. The story is essentially about a deeply touching bond of love and trust between Mister Tom, an elderly recluse, and William, an abused and terrified young boy.

The Boy in the Striped Pajamas – John Boyne
The creation of Irish novelist Johh Boyne, The Boy in the Striped Pajamas, is a touching story of friendship between two small boys growing up in Berlin during the World War II. The only difference being, one is a rich boy, Bruno, whose father is a high-ranking officer working for Adolf Hitler and the Nazi Party, and the other boy, Shmuel, is a Jew living in a concentration camp. The boys meet when Bruno’s family has to move to a house beside the Auschwitz concentration camp. While exploring the surrounding of his desolate new home, Bruno spots Shmuel on the other side of the fence, which results in a heart-warming friendship that has devastating consequences. Without a doubt, this book is a must read for your child.

Author Bio:
The author of this post, Kristina Parker, is a freelance blogger who often writes for Smiley Cakes, a leading bakery that makes novelty birthday cupcakes for kids. Kristina and her kids love visiting bakeries and cafes in search of delicious cupcakes. You can follow her on Twitter @Kristinawparker.