When someone buys a new house and invites everyone 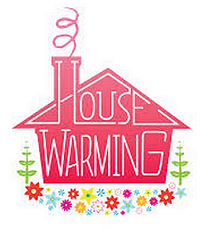 around for a party it’s customary to bring them a
little gift, so I’ve given people a
few ideas at different price points.

Your friend is finally moving home and they’ve asked you to come
around to help them celebrate. The only question left is what you’re
going to take as your housewarming gift?

If you get something they hate I’m sure it won’t really bother them,
but here is your chance to impress them with your gift-giving skills.
If you’re like most people you won’t be able to think of something
off the top of your head, so let’s look at a few popular
options that would blow their socks off.

A beautiful New Cutting Board

If you don’t want to spend a lot of money you still want something your friend isn’t going to throw out. You also want something that will take prominence in the middle of a room instead of getting tucked away in a random cupboard. You should think about getting them a beautiful new cutting board because even if you don’t spend hundreds of dollars it will still be better than the one they use at the moment, plus it will get to sit on their kitchen countertop all the time.

Everyone loves coffee so they probably have a nice machine already, buy what about a fancy smoothie maker? It’s something everyone will love once they have it in their kitchen even though they might not have bought it on their own. You need to get a good one with the blades that can cut through ice so they’ll be able to make delicious smoothies whenever they want. As an added bonus smoothies are one of the healthiest snacks anyone can have on a daily basis.

This one is a little cheeky because hopefully you’ll get to use it all the time when they invite you around for a barbeque. With summer coming up everyone will be throwing parties in their back garden and your friend will want to christen their new home with a few parties of their own. I’m sure they would really appreciate a professional barbeque that would become the centerpiece of any party. If they didn’t have a great barbeque at their old home it probably got thrown away during the move.

A lovely set of candle holders

Who doesn’t love having lots of candles around the house? Maybe the men, but that soon changes when there is a blackout and nobody can see what they’re doing. You could get your friend a set of candles, but you should definitely get lovely holders to go with them. The kind your friend will leave around their home because they’re part of the interior design. Not only will they improve the appearance of the home, but they’ll look even better with burning candles inside them.

If you get invited to a housewarming party you’re not going to show up empty-handed, but instead of showing up with a few bottles of wine you should bring along a rack. Don’t worry because it doesn’t need to be fully stocked, but after the party is over and the wine has been drunk they’ll be able to use the wine rack again and again. If your friends prefer beer you could take them a fancy wooden beer rack instead although it’s definitely not as popular as a wine one.

Don’t think too hard
You don’t need to come up with the greatest gift ever because it’s just a little housewarming party, but at least you now have a few ideas rolling around in your head. Maybe you’ll think of something even better on your own, but I would definitely take the ideas we talked about into consideration.

The author of this post, Karen Fernandes, is a freelance blogger who enjoys sharing her ideas and experiences online. Her hobbies include knitting and crochet. You can follow her on Twitter for more information.